Apache APISIX exposes a set of interfaces that allow us to bind plugins to the API. If we want to add speed-limiting capabilities to the API, we can simply bind the limit-req plugin to the API.

After a successful call, the request will be speed-limited when it reaches the API.

This example uses limit-req to implement API speed limit (which is a specific function of Apache APISIX), but how to do it for the scenario of “decide the subsequent request processing logic based on the processing result of a plugin”? Currently, the existing plugin mechanism can not meet this demand, which then leads to the ability of plugin orchestration to solve this problem.

What is Plugin Orchestration

Plugin orchestration is a form of low-code that can help enterprises reduce usage costs and increase operation and maintenance efficiency, and is an indispensable capability in the process of digital transformation. With the plugin orchestration capability in the low-code API gateway Apache APISIX, we can easily orchestrate 50+ plugins in a “drag-and-drop” way, and the orchestrated plugins can share contextual information to realize scenario-based requirements.

See the following video on how to do it.

In Apache APISIX, we have added script execution logic to the Route entity, which can be used to receive and execute Lua functions generated by Dashboard, and it supports calling existing plugins to reuse the code. In addition, it also works on various stages of the HTTP request lifecycle, such as access, header_filer, body_filter, etc. The system will automatically execute the script function corresponding to the stage code at the corresponding stage, see the following script example.

Dashboard contains two sub-components, Web and ManagerAPI: Web provides a visual interface to configure the API gateway; ManagerAPI provides a RESTful API for the Web or other clients to call in order to operate the configuration center (ETCD by default) and thus indirectly control Apache APISIX. 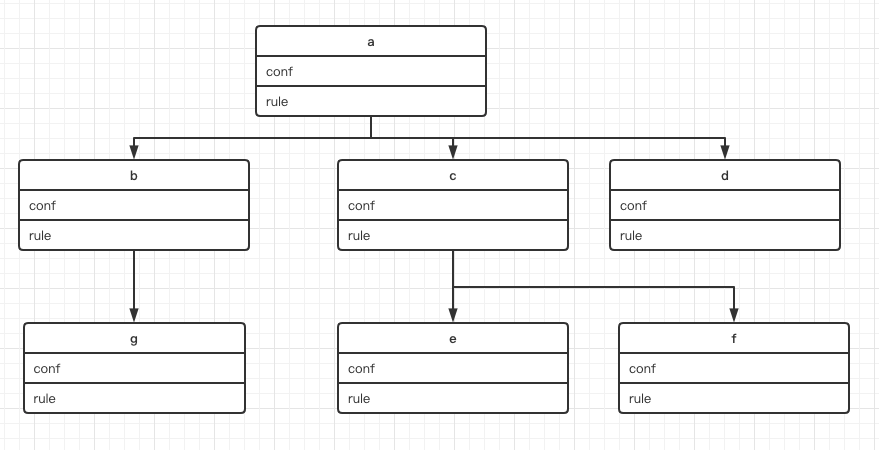 Corresponding to the script parameters received by ManagerAPI, the example is as follows.

After the client converts the final orchestrated data into the above format, ManagerAPI generates Lua functions with the help of the dag-to-lua project and hands them over to Apache APISIX for execution.

On the Web side, after selection, comparison and project validation, we chose Ant Group’s open source X6 graph editing engine as the underlying framework for the Web part of the plugin orchestration. In addition to perfect and clear documentation, a series of out-of-the-box interactive components and node customizability are the reasons we chose it. 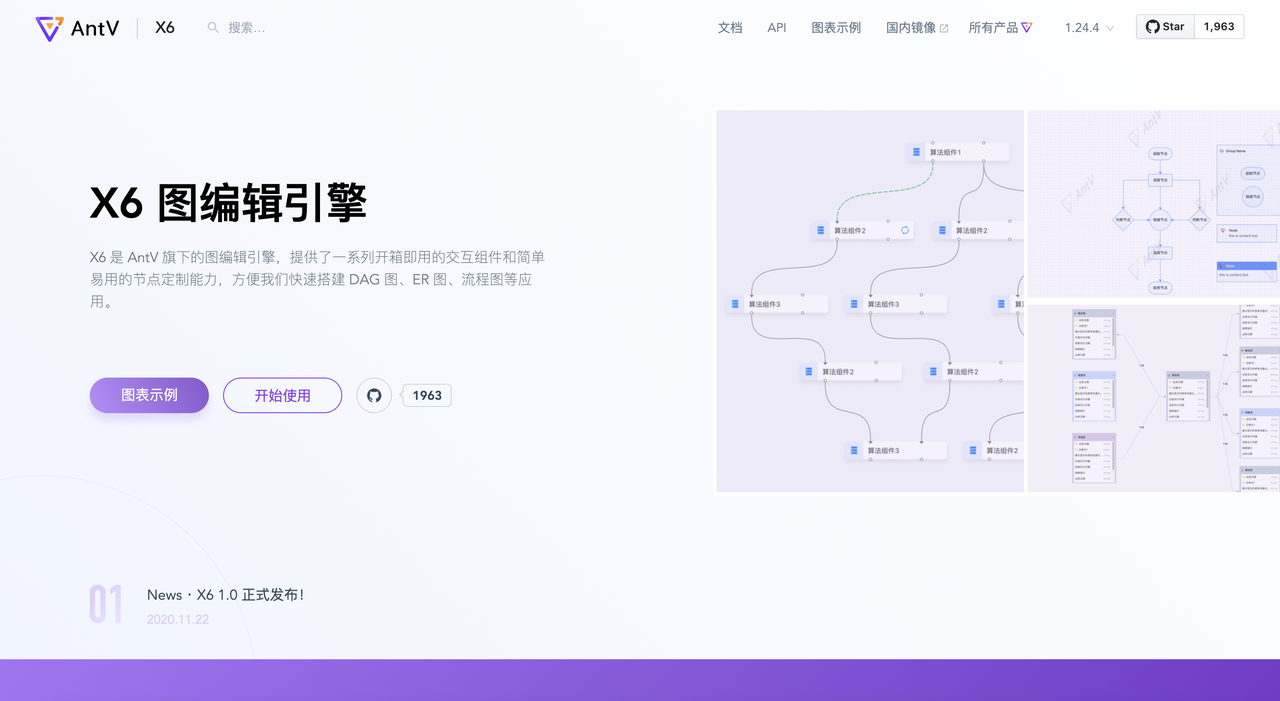 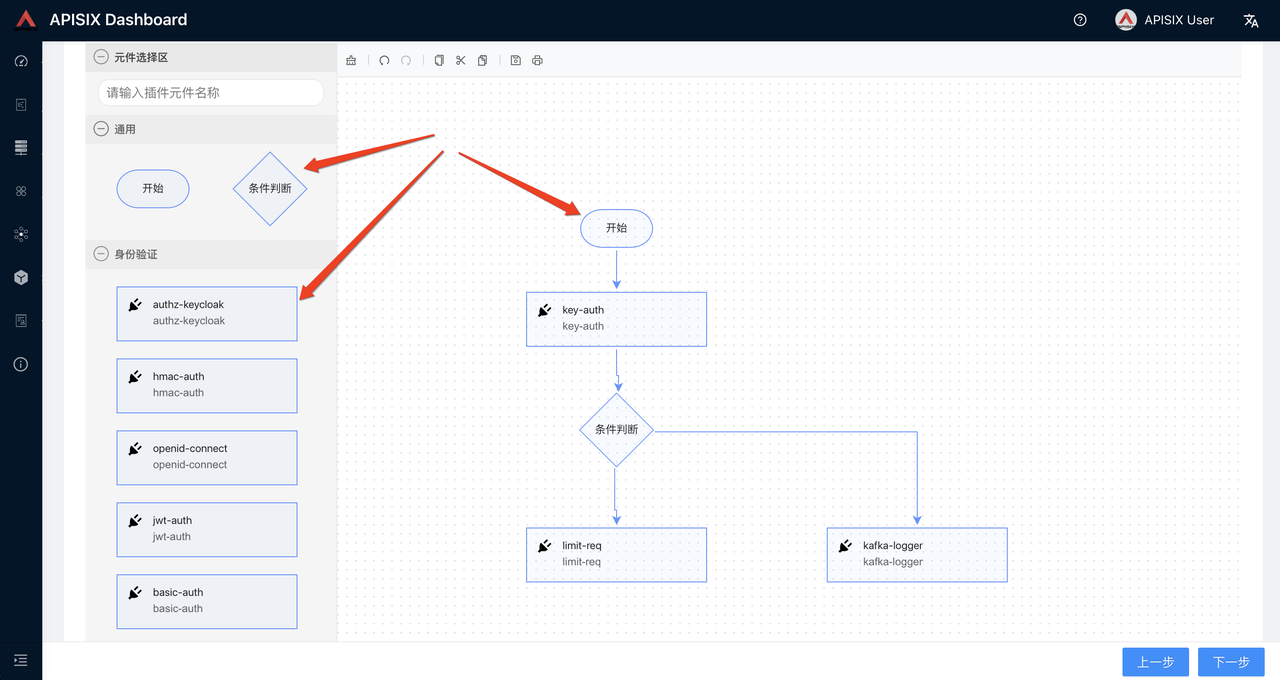 During the drag and drop process, we need to restrict a series of boundary conditions, here are a few examples.

When the plugin is not configured, the system will show the error message “There are unconfigured components”, which allows you to visually see which plugin does not have configuration data. 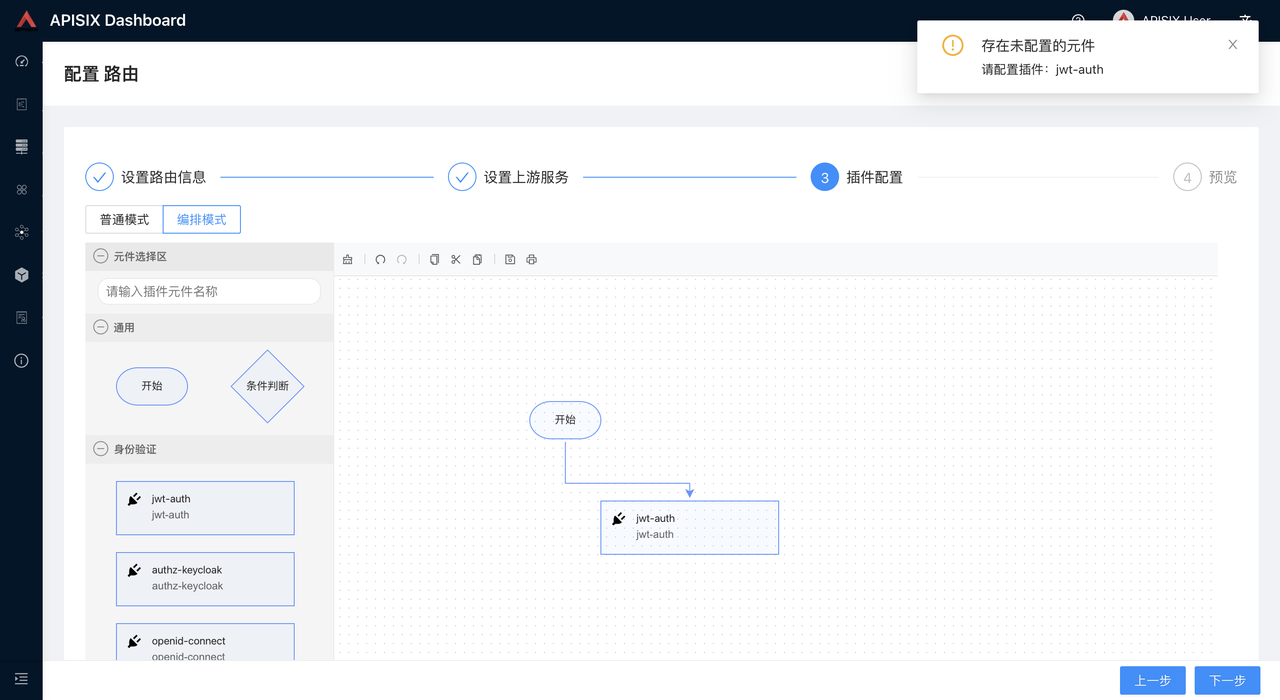 When an API is edited, if the API is already bound with plugin data, when using the plugin orchestration mode, a warning message will appear after detection, and the system can only proceed if the user explicitly confirms that he/she wants to use the orchestration mode. This can effectively prevent the API data from being manipulated by mistake. 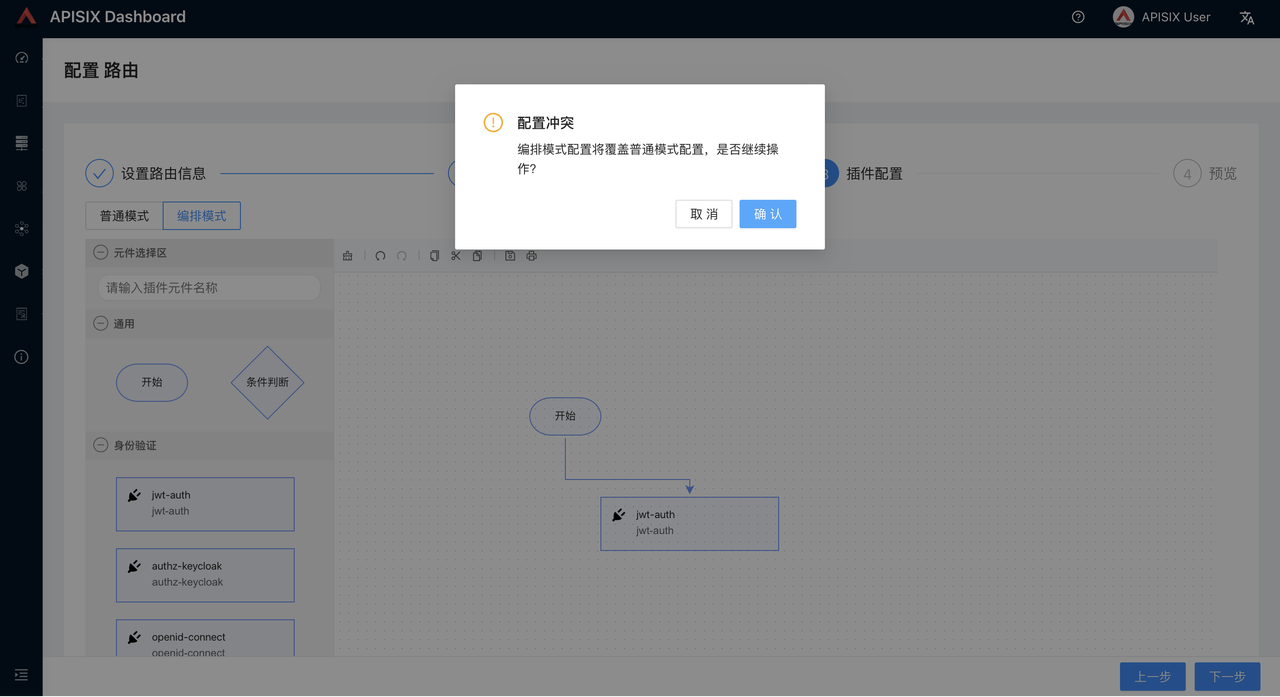 In addition, there are cases such as the start element can only have one output and the conditional judgment element can only have one input. Imagine: if the system allows users to operate without restrictions, unreasonable plugin combinations will be meaningless and generate unpredictable errors, so the continuous enrichment of boundary conditions is also an important consideration when designing the plugin arrangement.

When we finish the orchestration, we will use the API exposed by X6 to generate the JSON data of the flowchart, then convert it into the DAG data needed by the system, and finally generate Lua functions.

The drag-and-drop approach makes it easier for users to combine plugins to meet different scenarios to enhance the scalability and operation and maintenance experience of API gateways. In the process of actual use, there are the following issues that can continue to be optimized.